The main town is Liptovský Mikuláš which is only 5 minutes in the car and has good transport connections with the capital Bratislava in the west and Košice in the east.

In the thickly forested slopes of the Low Tatras mountains, Jasná is Slovakia’s number one ski resort. Travel guides often label the region under eastern Europe, however, locals prefer to think of themselves as central Europe, having long since shaken off the iron curtain. In 2012/13 season the northern and southern sides of the ski resort were connected by modern gondola lifts and €160m was spent developing the lift system infrastructure and snowmaking.

This picturesque peak won’t challenge the glaciers of France and Austria for altitude, but winters here are cold and the tree-lined runs are among the most scenic in Europe – the views over the wooded Tatras are a constant reminder that you’re not in France.

With plenty of gentler slopes, beginners are well-catered-for; experienced skiers and snowboarders can make for one of 12 off-piste “freeride zones”, which offer challenging natural terrain with fantastic tree runs. Stick within the resort boundaries and you will always come back to a lift line or track. Unlike in the Alps, moreover, there are fresh powder lines to be had long after a snowfall. In no small part, the infrastructure investment has lead to the area becoming a leading ski destination in Slovakia and it is also gaining recognition within Europe. 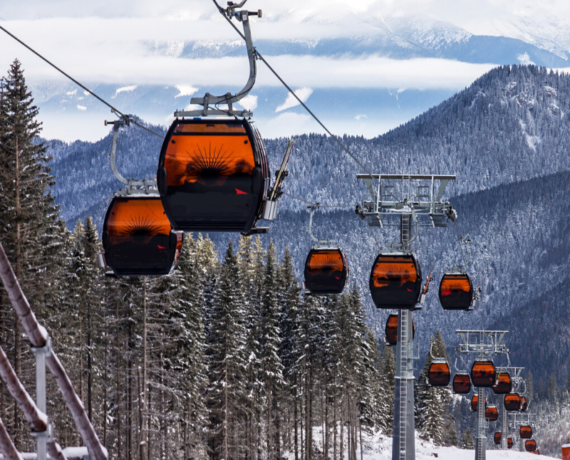 Register your interest in Slovakia